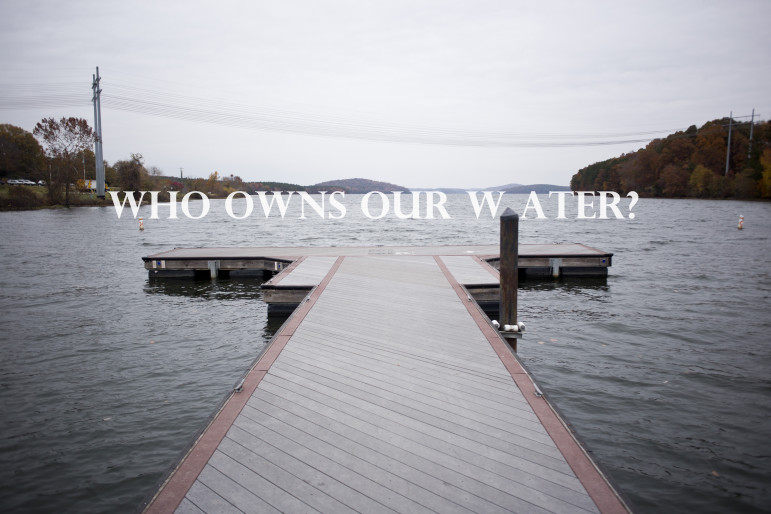 This story is the result of a collaboration between the Southern Investigative Reporting Foundation and the University of North Carolina’s School of Journalism and Mass Communications’ fall 2014 advanced reporting seminar.

North Carolina is fighting a bruising legal battle against Alcoa over the aluminum giant’s claim to a strip of the Yadkin River that it has long used to generate electricity.

At the center of the dispute are a patchwork of federal and state laws that created a quid pro quo between the two: Alcoa could operate dams to make the electricity as long as whatever they did was “in the public interest.”

The public interest in this case was Alcoa’s aluminum manufacturing operations in rural Stanly County that employed thousands over the decades.

That smelter is now gone. But Alcoa still wants the right to dam the Yadkin’s water for its electricity trading operations. The battle, in other words, stems from North Carolina’s refusal to accept that what the law defines as “in the public interest” has changed. In Stanly County, Alcoa was once a factory that turned rural farmland into a middle-class city. Now, it’s another company that sent its jobs overseas.

Alcoa abandoned Stanly County. But it still wants to use the region’s biggest resource: its water. 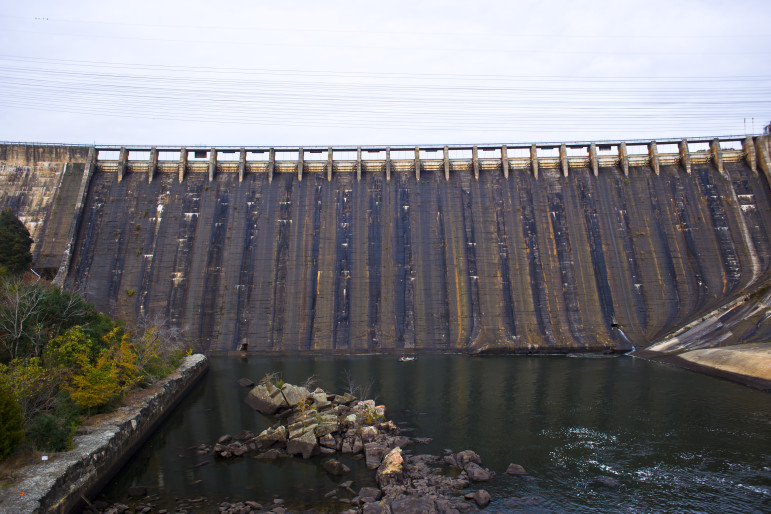 With the smelter gone, the state’s argument is that “the public interest” went with it.

Shortly after the plant was shut, North Carolina began flexing its regulatory muscles in a way that would have been virtually unimaginable a few years earlier. In December 2010, the North Carolina Department of Environment and Natural Resources, during its annual review of Alcoa’s compliance with state water quality laws, revoked a key certificate necessary for relicensing when emails 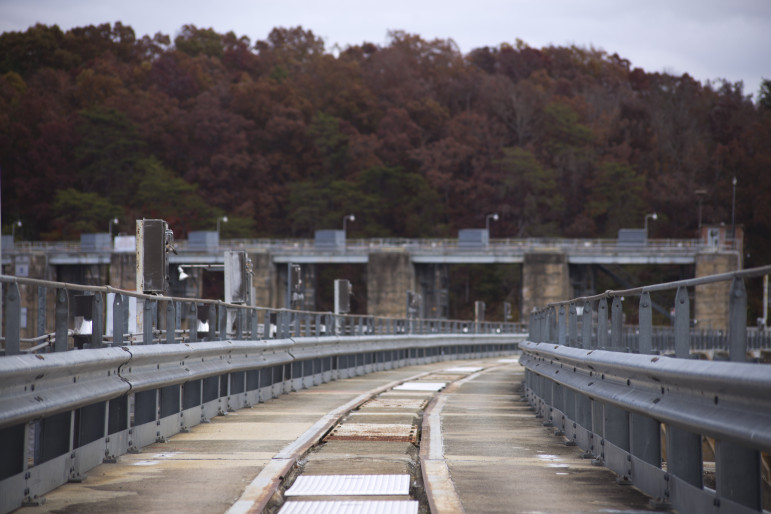 Allen said climate change and harsh droughts are areas of concern for his city.

“So, basically, they have protected our ability to supply drinking water to our customers in this region during periods of extreme drought,” Allen said. (Albemarle has paid Alcoa roughly $15,000 annually for water.)

The access to water is especially important, Allen said, because Albemarle is concerned about being able to meet water demand as the effects from climate change set in.

One of the big concerns about private control of the water is that the license holder could regulate water flows. Alcoa’s relicensing manager Ray Barham acknowledged the fears exist, but said federal regulators can require Alcoa to provide water access.

“There’s not a lot of facts to the argument that we can restrict water,” he said. “It resonates fears with people.”

David Moreau, a research professor at the University of North Carolina at Chapel Hill’s Department of City and Regional Planning, takes a middle route, saying the Yadkin could become an important source of water if the Piedmont population grows as expected.

But he also said that it does not matter whether the river is in public or private hands, as long as the license allows the water to be reallocated to public use once demand rises.

“As long as there are provisions in the FERC [license] that permit the ready transfer of water from hydropower to the urban water supply, then I don’t have much problem with Alcoa continuing to own the system,” he said.

The possible environmental repercussions of 50 years of aluminum smelting on Badin’s soil and water, perhaps one of the least debated components of Alcoa’s presence, may prove to be the most lasting of all.

At the center of the issue is how decades worth of so-called spent pot linings from aluminum pots were disposed in and around Badin. In 1988, the Environmental Protection Agency classified spent pot lining as toxic.

(Aluminum is smelted, or extracted, from alumina in pots. During the process, which takes several years, toxic fluoride and cyanide contaminates the used pot linings.)

In Alcoa’s case, there has not been a public accounting of where the Badin smelter’s tons of pot lining were disposed of prior to 1988, according to a Yadkin Riverkeeper letter in October to a regional EPA supervisor, asking for a preliminary assessment of Alcoa’s site. The Yadkin Riverkeeper has joined the state in suing Alcoa, arguing that the river is a public trust.

Of particular note are the higher levels of aluminum-related carcinogens and toxins the Riverkeeper’s team claimed they recently found in a drainage area attached to a ball field that Alcoa recently donated to the town. (The EPA, which had a year to respond to the Yadkin Riverkeeper request, responded in 25 days and agreed to start preliminary assessments. Ryke Longest, the Duke Environmental Law Clinic lawyer representing the Yadkin Riverkeeper, said he was stunned by the EPA’s “unusually quick” response.)

That Badin might have extensive contamination is hardly surprising: As far back as 1992, Alcoa was preparing for a major cleanup at Badin when it filed suit against its insurers seeking coverage for the cost of pollution damage, investigation and remediation at its 35 manufacturing sites around the United States. At three of those sites, including Badin, Alcoa had estimated the covered claims would exceed $50 million.

The land and the water around other two sites — in Texas and upstate New York — were designated EPA Superfund sites; Alcoa, per the North Carolina Department of Environmental Regulation, was allowed to conduct its own cleanup. The company didn’t break any speed records in getting a corrective action plan proposal (as mandated under the Resource Conservation and Recovery Act of 1976) to the state, submitting it in 2012, nearly 21 years after the initial investigation uncovered the problem.

The Alcoa plans propose fencing off certain areas and instituting regular monitoring over actual clean up. Asked about this, Alcoa said North Carolina’s Department of Environment and Natural Resources conducted more than “100 studies and reports” into its environmental practices at Badin and determined what was necessary to remediate the site and the company executed these directives. (View Alcoa response to questions from the Southern Investigative Reporting Foundation.)

“As we tested, we found some information that tended to show contamination,” Longest said. “We also found some materials, just visually, that don’t look like they in any way, shape or form belong where they are found,” Longest added.

“Obviously, there’s going to be costs imposed to clean up this water body,” he said. “If the polluter doesn’t pay, then all the rest of us do.”

Alcoa’s Barham said the company has spent more than $12 million on cleanup, a far cry from the $50 million estimated in 1992; conversely, it has spent nearly $23 million on its relicensing bid. He said their costs today are associated with simply monitoring and sampling. Linking cleanup and relicensing is unfair, Alcoa argued in a statement, as the two issues are entirely unrelated. Moreover, according to a statement provided SIRF, the state’s attempt to “take Alcoa’s property” has delayed a planned water quality improvement plan worth up to $80 million.

“We understand where everything is, and it’s being monitored,” Barham said. “There’s this misconception that we’ve got this environmental issue that we have to clean up, but there’s nothing left to do.”

But Barham said he doesn’t think the site meets the requirements to be deemed a Superfund site, arguing that most bodies of water had some level of PCBs or other pollutants and Alcoa couldn’t be blamed for every trace detected.

“If you look at the times we’re below [the state’s dissolved oxygen levels, the minimum standard of which is four parts per liter], most are at 3.99, 3.98,” Barham said. “Does a fish really know the difference between 3.98 and 4.0? It probably doesn’t.”

Officials for government agencies involved in this dispute, such as the North Carolina Department of Administration and FERC, declined comment, citing the ongoing litigation.

Calls for comment to the North Carolina Department of Environment and Natural Resources were not returned.

Fitzpatrick Communications, an outside public relations counsel for Alcoa, provided the responses to the Southern Investigative Reporting Foundation’s questions.

(View all of the questions posed and the responses.)

Who Owns Our Water?

by Roddy Boyd, The Foundation for Financial Journalism
January 29, 2015

2 thoughts on “Who Owns Our Water?”