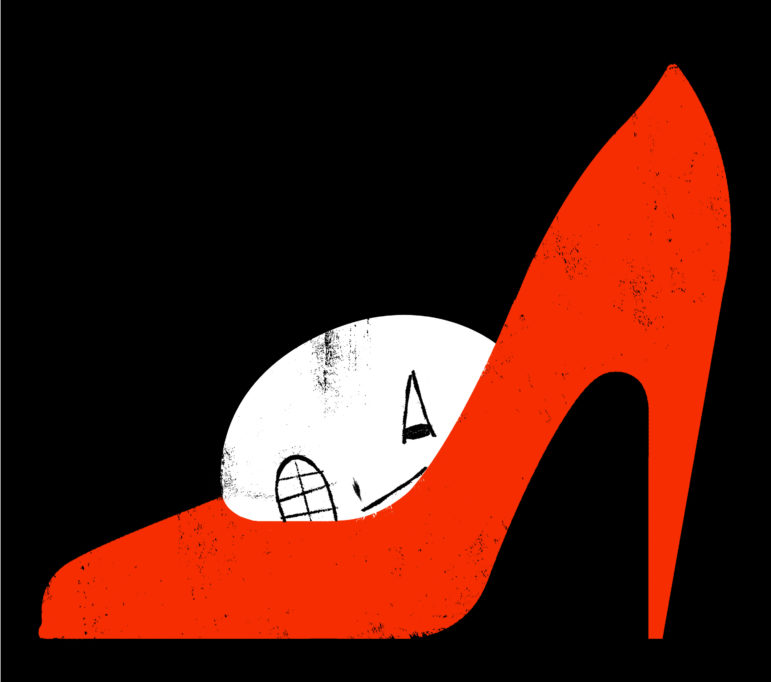 Achieving success on Wall Street requires a wide mixture of skills: mastering technical subjects, such as math, economics and finance; earning and keeping the respect of others (and vice versa); and displaying good judgment. Yet apart from passing the Series 7 exam, an elementary test of securities industry rules and concepts, few other credentials are needed before a person can trade government bonds or advise on a big merger.

A clean U5 form, issued by Wall Street’s banks and brokerages, cannot be obtained, however, by undergoing schooling or passing tests.

The U5, or FINRA’s Uniform Termination Notice for Security Industry Registration, is a document that any banking or brokerage firm that a member of FINRA files when an employee departs, for whatever reason. FINRA, also called the Financial Industry Regulatory Authority, is Wall Street’s self-regulatory organization.

Don’t be fooled by the dull title, though; the U5 is one of the most important documents on Wall Street. And negotiations to discuss them can easily become a battleground where employers and employees fight over whether an upcoming exit will be classified as a resignation or a firing — and if problematic behavior is revealed.

On the U5 form, the employer must provide the reason for termination as “voluntary,” “permitted to resign” or “discharged” (or “deceased or “other”). If the employee has been “discharged” or “permitted to resign,” the employer is supposed to fill in a “termination explanation” box with a reason. Banks or brokerages must also indicate if the exiting employee is currently subject to (or was when terminated) an investigation by a foreign or domestic governmental body or a self-regulating organization, or is undergoing an internal review related to issues of fraud, the wrongful taking of property or a violation of industry standards of conduct. Criminal felony charges (such as some cases of sexual harassment) and some misdemeanor infractions are also to be recorded.

Blaine Bortnick, a lawyer who specializes in Wall Street employment practices, said the U5 is a powerful lever for banks and brokerages to wield: Compliance officers at a prospective employer can stop the hiring of anyone with only a slight infraction — if the matter is ever recorded on a U5. “Compliance always can put the kibosh on a hire if they don’t like the U5 regardless of what the business does,” he said. “They’ve got that power these days.”

Thus, a “marked up” U5 can end a Wall Street career for most people, according to Bortnick, and bank executives have almost military-like power over their employees as a result. Indeed, in New York (where many financial companies are headquartered), the state’s supreme court has ruled that an employer’s filing of a U5 is privileged from court proceedings; an employee cannot sue a firm for defamation based on a U5.

Certainly if employers were more honest on U5 forms about the precise reasons for employees’ departures, others companies could much more easily determine if a prospective hire had been terminated for cause, such as violating a federal regulation or law, or if the departure had been involuntary but connected to a strategic shift or cost cutting. If FINRA enforced a more rigorous standard of disclosure, this might prompt some employers to make different hiring decisions. To be sure, any such change in U5 disclosure practices would also raise substantive questions about employee due process and privacy. Further reforms might address if firms are arranging hasty, informal verbal negotiations to let problematic executives leave with a “voluntary” departure (when no termination reason must be noted on the U5) before these employers conduct their own internal review or refer a case to law enforcement.

In the wake of the #MeToo movement’s fostering of a rapid cultural shift in attitudes and employment practices, a trader or banker whose U5 shows allegations of sexual harassment or the breaching of a code of conduct might have greatly diminished job prospects.

Wall Street’s history is full of examples of banks that repeatedly ignored the gross misconduct of certain individuals because they generated a lot of revenue. But an honest U5 disclosure regime might pose reputational and legal risk for FINRA member firms.

Even though one FINRA rule seems to forbid sexual harassment and abuse, a bad actor is not prevented from landing a new job at a different firm if his (or her) previous employer fails to be forthcoming on a U5 form. Rule 5240 states, “No member or person associated with a member shall . . . engage, directly, or indirectly, in any conduct that threatens, harasses, coerces, intimidates or otherwise attempts improperly to influence another member, a person associated with a member, or any other person.”

Regulators in the United Kingdom have taken an approach to this issue that might be instructive for their U.S. colleagues. U.K. officials observed that individuals who left one firm for another with little disclosure about prior conduct problems caused a good deal of mayhem; these regulators even coined a phrase for this practice: “rolling bad apples.”

In a review ordered by the Bank of England and Chancellor of the Exchequer following the global financial crisis of 2009 and the Libor-fixing scandal, regulators said banks and brokerages needed to have much more detailed information about potential “rolling bad apples.” Officials laid out their recommendations in a June 2015 Fair and Effective Markets Review. The Financial Conduct Authority now requires firms to provide or obtain a “regulatory reference” on all new managerial and executive hires, including a detailed account of any disciplinary actions taken within the past five years.

by Roddy Boyd, The Foundation for Financial Journalism
August 9, 2020